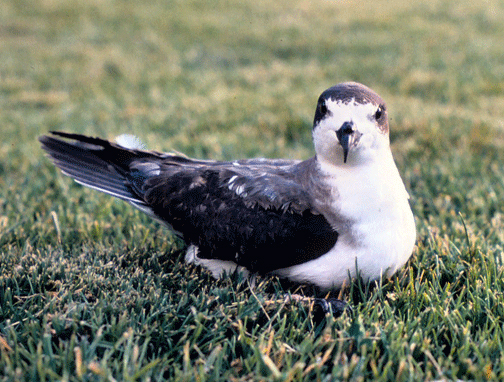 Kawailoa Wind, LLC is near the end of a four-year effort to amend its Habitat Conservation Plan (HCP) so that it allows the additional take of endangered Hawaiian hoary bats. In the course of that effort, it also became clear that the company needed to add a new species to the list of those covered by its incidental take license/permit.

On July 21, 2017, a Hawaiian petrel, or ua‘u, was found dead at the wind farm. The species was not included in the facility’s original HCP because the bird wasn’t thought to regularly occur on the island.

The new plan acknowledges that a 2017 study of bird calls “documented that Hawaiian petrels may occur on portions of O‘ahu more than previously expected; however, surveys to date have not provided evidence that breeding colonies are present on the island.”

The plan asks for authorization to take as many as 19 adults and five chicks over the 20-year term of the incidental take license, which expires in 2032.

“The total population of Hawaiian petrels is estimated between 19,000 and 52,000 individuals. The take authorization request … is between 0.126 percent and 0.046 percent of the total estimated population,” the plan states.

Modeling suggests there is an 80 percent chance the wind farm has killed up to 3 Hawaiian petrels.

To mitigate its requested take, Kawailoa plans to fund predator control and burrow monitoring at the Hanakapiai and Hanakoa seabird colonies within the Hono O Na Pali Natural Area Reserve on Kaua‘i next year. The plan estimates the colonies will see an increase of 21.3 adult petrels and 71 chicks as a result.

At the Endangered Species Recovery Committee meeting in July, where it voted to approve the plan, member Kawika Winter took issue with the plan’s suggestion that the birds weren’t breeding on O‘ahu.

He said that every ornithologist he spoke to at the recent Hawai‘i Conservation Conference was sure there were breeding colonies on the island. Citing written testimony submitted by University of Hawai‘i biology professor Sheila Conant, he added that the plan does not include any data from studies in 2018 that he said “indicate very strongly there is a breeding population.”

He said that a downed bird found in Waikiki had a patch on its body indicating it had been sitting on an egg and genetic tool to answer these questions,” Kawailoa’s Brita Woeck replied.

“What’s more important? Trying to work through where are they on O‘ahu, trying to keep them alive on O‘ahu or doing something to contribute to the recovery of the species?” asked member Michelle Bogardus, the U.S. Fish and Wildlife Service’s representative on the committee.

She said her agency discussed the new information with local bird experts to identify what the best mitigation option would be. “We very specifically talked about whether to do it on O‘ahu or do more money into research,” she said. Their conclusion was that efforts on O‘ahu were less important than the work on Kaua‘i right now, she said.

Dave Smith, administrator for the Department of Land and Natural Resources’ Division of Forestry and Wildlife, said he’s been looking for the petrels on O‘ahu his entire career. “We’re finally getting to the point we’re maybe homing in on something but we’re not there yet,” he said, suggesting that mitigation on O‘ahu could be a part of a future HCP amendment.

The committee voted to approve the plan with the addition of language acknowledging the experts’ opinions that the birds are breeding on the island. Winter abstained from voting.