A Stampede of Zebras

“When you hear hoofbeats, think horses, not zebras.”

That guidance to physicians may be gold for identifying most of the maladies presented in emergency rooms and clinics. But when it comes to rat lungworm disease, it has led to missed or belated diagnoses of an infection that can lead to devastating, life-altering consequences for growing numbers of residents and visitors.

The state’s treatment guidelines seem to require that the disease be far advanced before diagnosis is confirmed and pharmaceutical remedies are prescribed. The result has been deep mistrust of the state among rat lungworm victims and a lively discussion of folk treatments, everything from diatomaceous earth to black walnut oil.

As the state Department of Healthlooks to have treatments confirmed by trials on primates – not likely to occur anytime soon – the Hilo Medical Center, which probably sees more rat lungworm victims than any other hospital in the nation, has released its own guidelines for treatment at an earlier stage, calling for the use of over-the-counter pinworm medications.

Maybe this will be ineffective against the most serious infections. But in any event, to cite another medical injunction, it can do no harm. 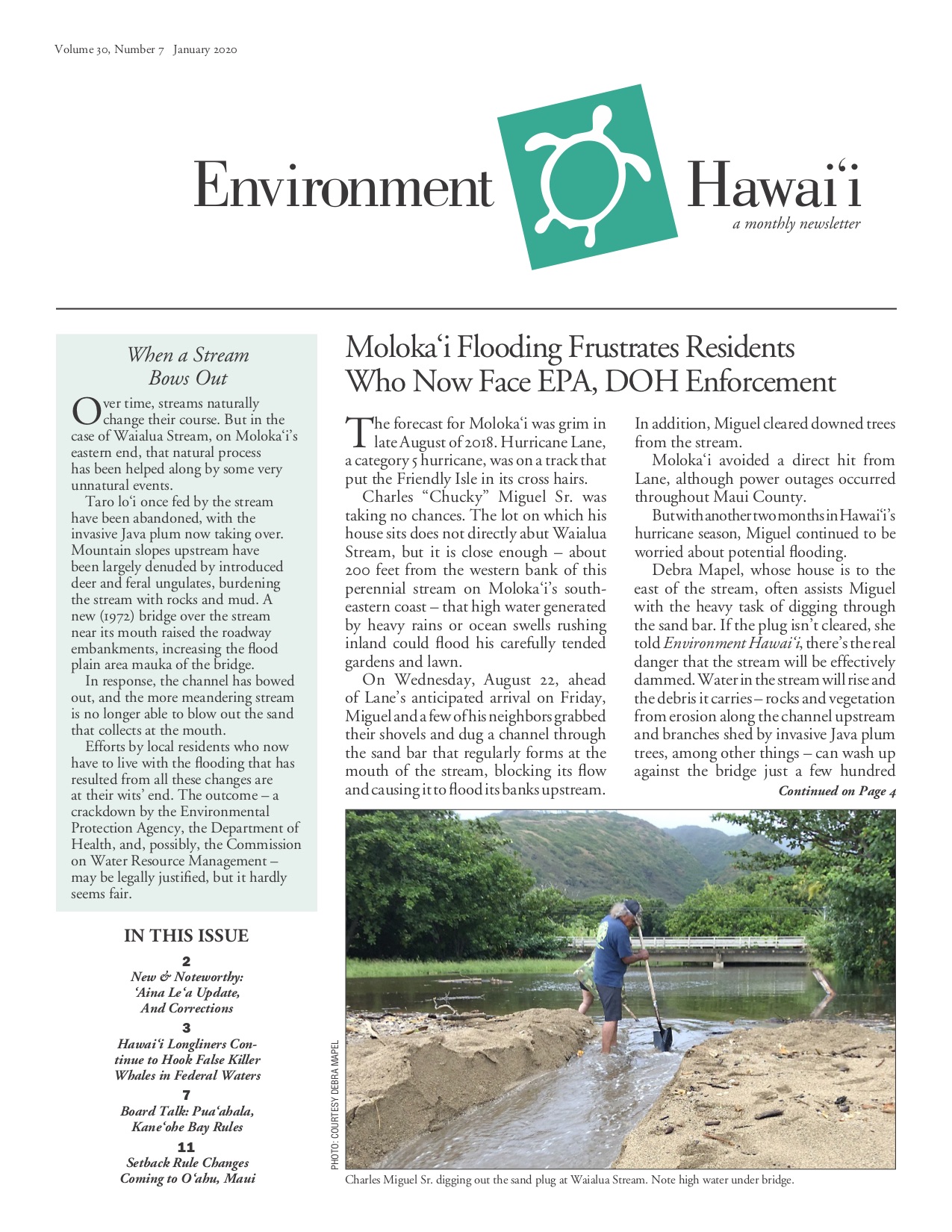 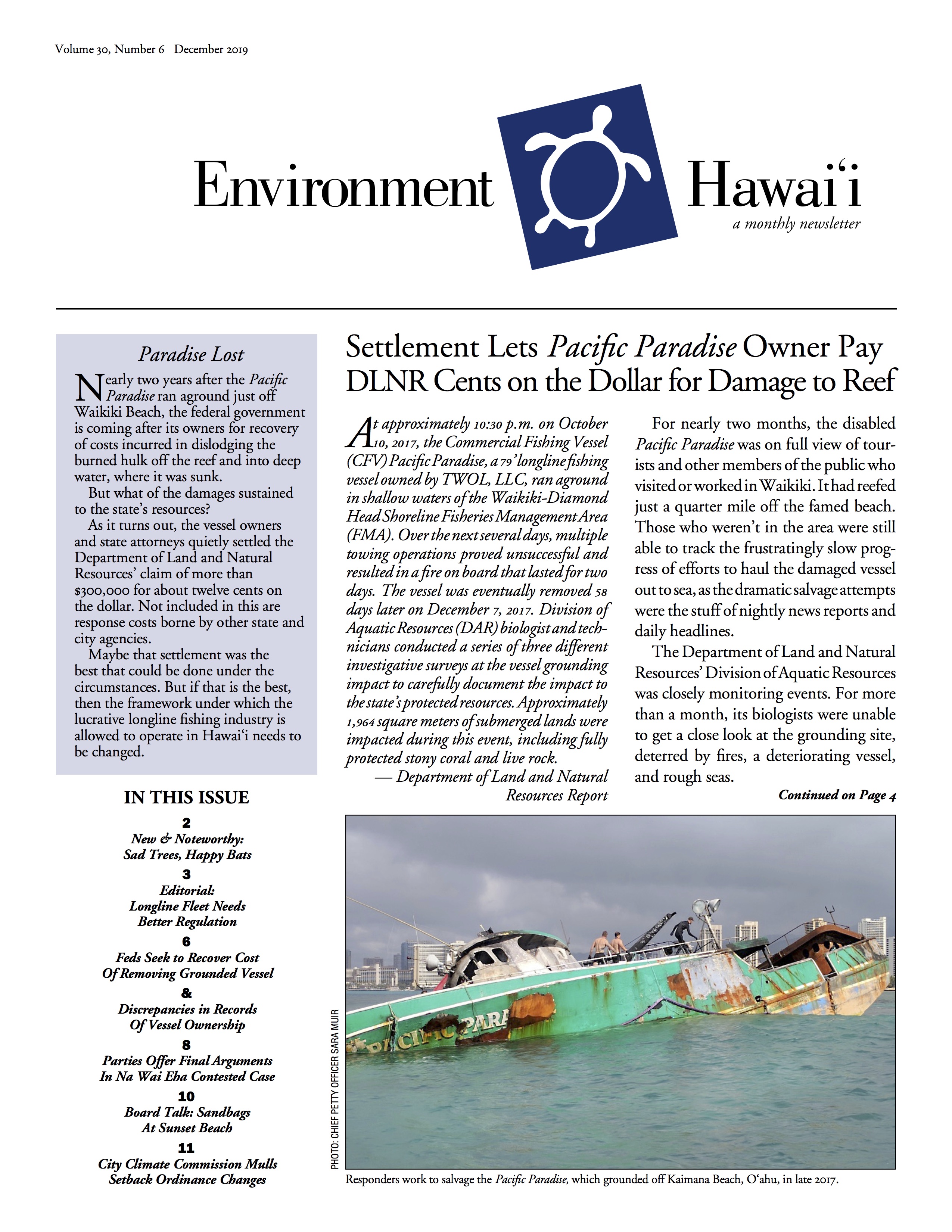 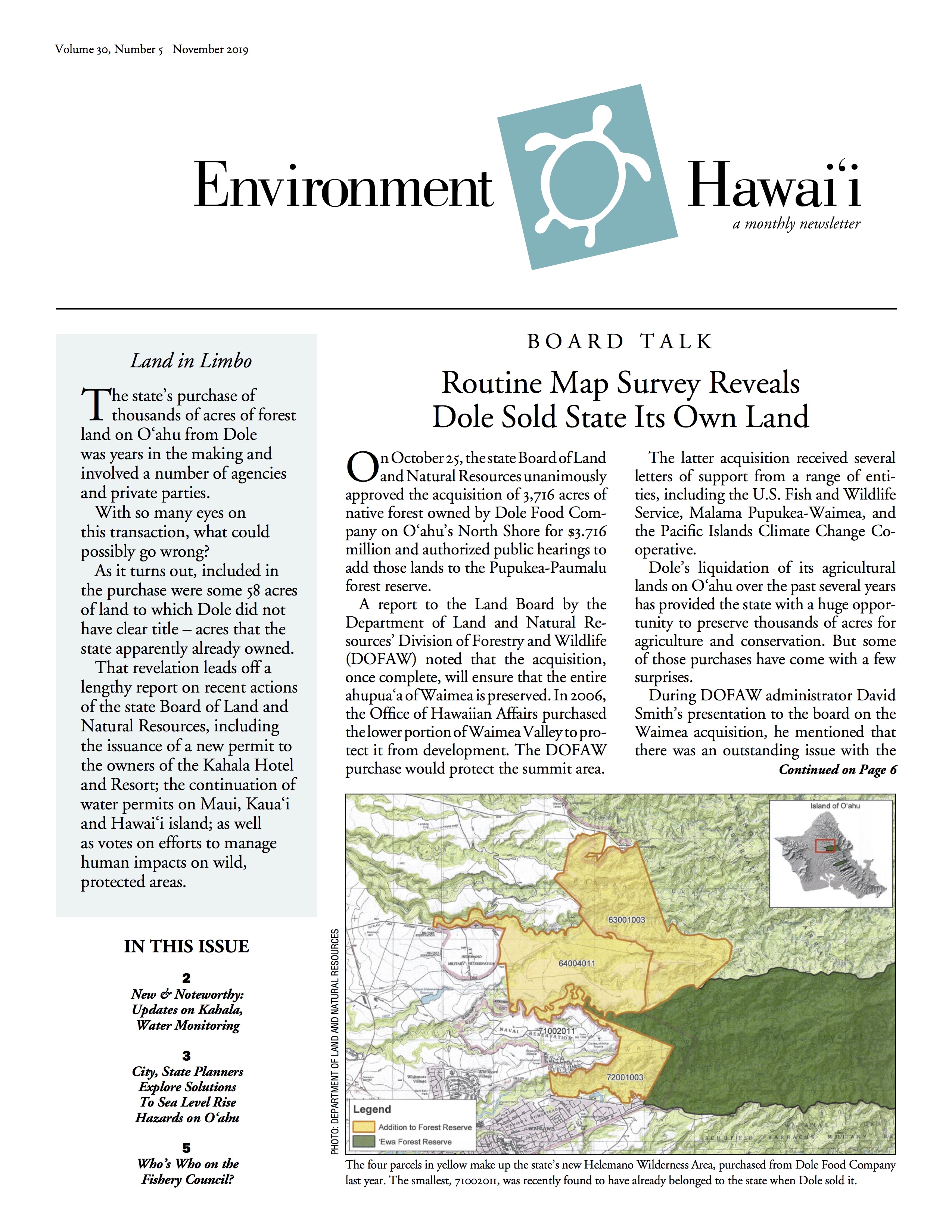 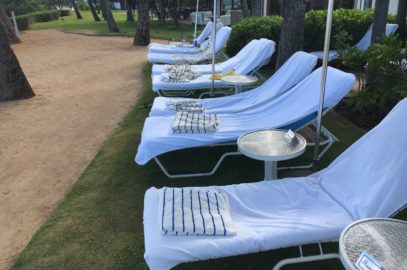 In our October 2019 article, “Pohakuloa Ruling Spurs Motion For Reconsideration in Kahala Case,” we reported that 1st Circuit Judge Jeffrey Crabtree was scheduled to hear arguments at the start of the month... READ MORE 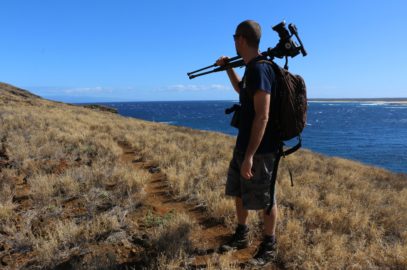 Good news from Lehua!  The state Department of Land and Natural Resources reports that the small island, just off the western coast of Kaua`i, has seen a near-total reduction in the rat population following... READ MORE